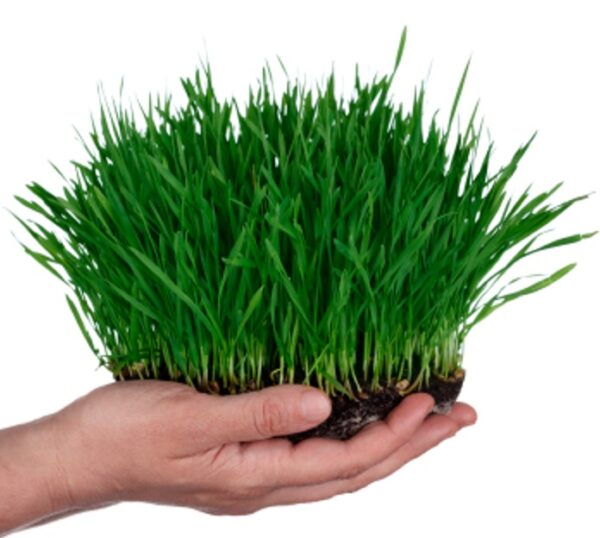 Wheatgrass is a nutrient-rich type of young grass in the wheat family.

Organic Wheat Grass is a nutrient-rich type of young grass in the wheat family. It’s sold as a dietary supplement in tablet, capsule, powder and liquid forms.

Organic Wheat Grass is often used for juicing or added to smoothies. Wheatgrass provides a concentrated amount of nutrients, including iron, calcium, magnesium, amino acids, chlorophyll, and vitamins A, C and E.

Wheatgrass fans say that its rich nutrient content boosts immunity, kills harmful bacteria in the digestive system, and rids the body of wastes. However, there are no significant research studies to support these claims.

Some proponents tout wheatgrass as a treatment for cancer and chemotherapy side effects, anaemia, diabetes, infections, ulcerative colitis, and joint pain, among other health concerns. However, there are few research studies about wheatgrass, so it’s difficult to assess such health claims.

Wheatgrass is generally considered safe. It may cause nausea, anorexia and constipation. However, if you are allergic to wheat or grass, or have celiac disease or gluten intolerance, check with your doctor before using wheatgrass.

Organic Wheat Grass is usually grown in soil or water and consumed raw, which means it could be contaminated with bacteria or mould. If you’re pregnant or breast-feeding, don’t use wheatgrass.

Wheatgrass isn’t a miracle cure and shouldn’t replace regular medical care or a healthy diet that includes plenty of fresh fruits and vegetables. But used sensibly and in moderation, wheatgrass may add interest to your diet.