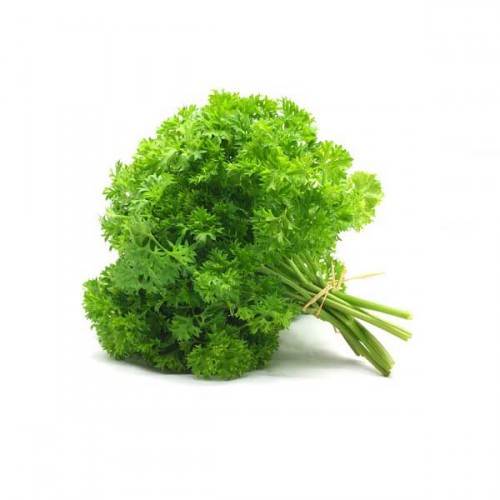 The health benefits of Organic parsley include controlling cancer, diabetes, and rheumatoid arthritis, along with helping prevent osteoporosis. Furthermore, it acts as a pain reliever with anti-inflammatory properties. It also provides relief from gastrointestinal issues such as indigestion, stomach cramps, bloating, and nausea, while helping to strengthen the immune system.

Organic Parsley can be found throughout the year on the market. It is a cheap leaf that anyone can get a hold of. It is also a highly nutritious plant and has ample vitamins and antioxidants which can greatly improve our health.

What Is Organic Parsley?

Parsley is a herb that originated in the Mediterranean region of southern Italy, Algeria, and Tunisia. This herb is known scientifically as Petroselinum Hortense and Petroselinum crispum and it belongs to the family Apiaceae.
It has been cultivated by man for more than 2,000 years and was highly regarded in Greek culture since it was used in various ceremonies. The Romans also used it in many ways. Pliny the Elder, a 1st century AD historian, wrote that it was consumed by people from all walks of life. At first, it was used only as a medicinal plant, but later on, it was consumed as food. There are many myths and fables associated with the origin and growth of this plant in many Mediterranean and European cultures. The Greeks believed that it had sprung up from the blood of the fallen Greek hero Archemorus. Thus, Greeks started associating it with death and destruction, but in the Middle Ages, parsley was included in folklore medicines and it slowly gained popularity. This is possibly how the image of parsley as a health giver developed.

Parsley, a predominantly tropical plant, needs moisture and ample sunlight to grow. It is used as a herb, a green leafy vegetable, and as a spice. It is actually used in two forms: leaf and root. Both the leaf and the root are used in Mediterranean and European cuisines. It is consumed in many different ways, including garnishing, salads, stocks, and sandwiches. The leaf is further divided into two more types: curly leaf and flat leaf. The root form is a new addition, which only began to be cultivated about 300 years ago, and was first grown in Hamburg, Germany. Nowadays, root parsley is steadily becoming more and more popular.